The accumulation of wastes in the Shuafat Palestinian refugee camp near a school belonging to UNRWA
Exclusive to Environment and Development Horizons:
According to the Israeli Central Bureau of Statistics the Palestinian population in East Jerusalem, is 301,000. They comprise  37%  of the  815,300 total  population on both sides of Jerusalem   Despite the city being under the care of the  occupation municipality, public services are not rendered. There is an obvious disparity in municipality services. It is an obligation of the municipality of the occupation force to maintain the dignity of the population and offer equal services
The lack of sanitation services provided to East Jerusalem neighborhoods are clear. The inhabitants pay the exorbitant taxes imposed on them by the occupation municipality but there is no return. The neighborhoods outside the apartheid wall are Ras Khamis, Ras Shehadeh   Shuafat ,Kafr Aqab and Samir Amis.  The total population of all these neighborhoods is over 100,000 inhabitants. They lack working streetlights, sidewalks and paved roads. Waste and trash are in every part of these neighborhoods. No one we have interviewed is satisfied with the level of service. The accumulation of waste in trashbins and along streets are environmental and health hazards. They emit unpleasant odors and allow the spread of insects and rodents and disease.
Burning or incinerating waste is a common method for managing waste in East Jerusalem. It is hazardous because it releases toxic fumes and gases. Medical centers report that 90% of the population has received treatment for a number of diseases, including severe coughing, allergies, throat infections, and skin infections.
According to Mounir Zughayyar Chairman of Kafr Aqab residents’ committee, about 60,000 people live in Kafr Aqab. 15,000 of them reside in authorized homes. The rest dwell in homes with no permits or regulations. All residents are required to pay taxes, particularly the property tax known as "Arnona".
The double standards in sanitation uphold the idea about Israeli plans for future. They want to wage a demographic war in Jerusalem.  Israel is seeking to make Palestinians a minority, so they do not exceed 20% of the total population.  They want Palestinians to abandon the neighborhoods outside the wall.
The Jerusalem Center for Legal Aid and Human Rights filed a case against the Israeli municipality on behalf of all residents in the Palestinian areas in Jerusalem .They were able to achieve an improvement in the level of services provided to Palestinians by 30%.  Another dilemma in Jerusalem is the presence of the refugee camp. The sanitation in the camp is a toss up between the Jerusalem municipality and UNRWA. UNRWA only provides services for the 3500 documented refugees that arrived in 1967 and the 100 original acres where the camp was originally established
Today the camp has expanded its territory to over 203 acres and it is inhabited by more than 23,000 people. The Israeli municipality considers the camp within its administration areas but does not provide any services. The lack of sanitation has made the entire camp a health hazard.
Translated by: Kefah Abukhdeir 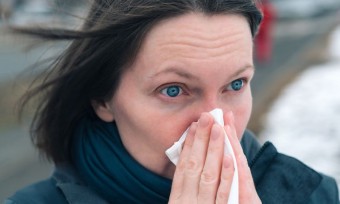 Why Erosion of Palestinian Agricultural Lands is Exacerbating?