Rubber Resistance in Gaza ... a Step to Expose Israel's Alleged Defense of the Environment!

While Palestinians in Gaza Strip were preparing to set fire to thousands of tires on the so-called "Rubber Friday" on April 6th, 2018, the Israeli government was pretending to voice concern for the environment and the ozone layer through its media outlets. All the while, they simultaneously praised the performance of their army snipers, who were mercilessly beating the blood from hundreds of peaceful protesters on the Gaza border.

Environmental experts and Palestinian activists agree that the dark smoke caused by burning rubber tires is an enemy to the environment, but they criticize the Israeli state's concern for public health, at a time when Israel does not stop its destructive military vehicles or its 12-year siege that targets all areas of Palestinian life, whether via land or sea in the Gaza Strip.

The “Rubber Friday” organizers assure that the event is peaceful and will not progress into any violent means of struggle, while on the other side the Israeli occupation forces, hiding behind sandy hills and fortified military towers near the border, are using excessive force against the demonstrators.

Palestinians have developed simple means of peaceful resistance through burning thousands of rubber tires to camouflage themselves from the occupation snipers and through the use of gas masks with green onions and empty plastic buckets to avoid the effect of the teargas expelled. All of these tactics have been widely publicized in local and international media. The Israeli occupation took advantage of the media coverage and sought to distort the movement of the demonstrators, accusing them of using environmentally unfriendly means of protest, threatening public health.

The coordinator of the Israeli government activities in the areas of Palestinian Authority, Yoav Poli Mordechai, called on the WHO to intervene immediately to stop the burning of tires.  He said "This is a serious environmental event that harms the health of the population and causes unprecedented pollution.”

Tires… a way of resistance

Activists were inspired by the idea of burning large quantities of rubber tires following the shooting of 19-year-old Abdel Fattah Abdel Nabi, who was carrying a tire while escaping the Israeli occupation bullets on the first Friday of the “ right to return” protest in March of 2018.

Since that date, the 22 year old Mohammed Abed, has been keen on gathering rubber tires and burning them with dozens of other young men. He says that the Israeli occupation army has to stop targeting and killing Palestinians in cold blood before they cry for the environment. He adds that their motives of using different means to hide from Israeli bullets, even if it’s anti-environmental, are justified in light of the deliberate killing of Palestinians by the occupation.

While the environmental expert and agricultural engineer Nizar al-Wahidi has openly opposed the burning of tires, he has also accused the occupation authorities of deliberately killing the environmental life of Gaza city through the construction of a separation fence along the Gaza Strip.  This fence, he says, prevents the movement of wild animals among the agricultural lawns.  Additionally, he notes that the Israeli building of dams further harm the environmental condition of Gaza, as they prevent the entry of water from the valleys into Gaza, exacerbating the pollution of the water aquifer, the only source of water in Gaza

.Al-Wahidi pointed out that over the past few years, occupation authorities have bulldozed hundreds of dunums of agricultural land near the border, and continue the movement of military vehicles that have killed of large numbers of living animals and plants. Al-Wahidi points out that every year, the occupation authorities spray poisonous fertilizers and pesticides on the agricultural lands near the Gaza Strip border, causing extensive environmental damage.  They have used radioactive bombs, including depleted uranium and DIME, during the last three wars on Gaza. Israeli occupying forces have stripped Gaza’s aquatic life from its sea after forcing its municipalities to discharge untreated sewage multiple times into the sea due to lack of electricity and energy supplies. 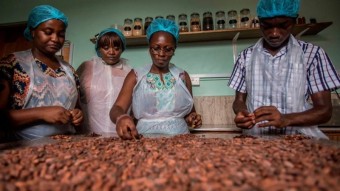 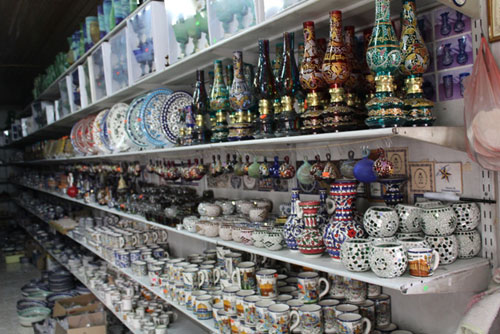 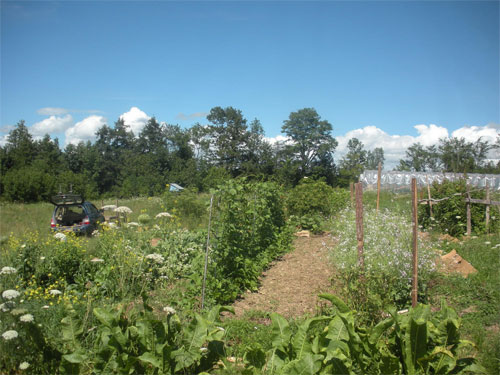 Rubber Resistance in Gaza ... a Step to Expose Israel's Alleged Defense of the Environment! 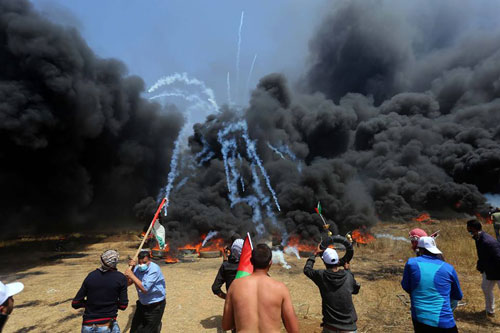 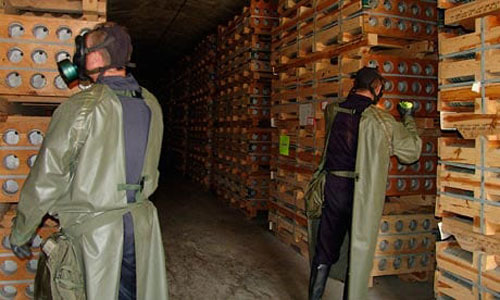 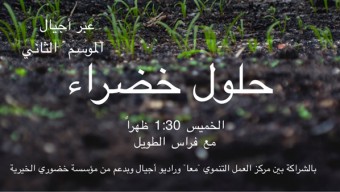